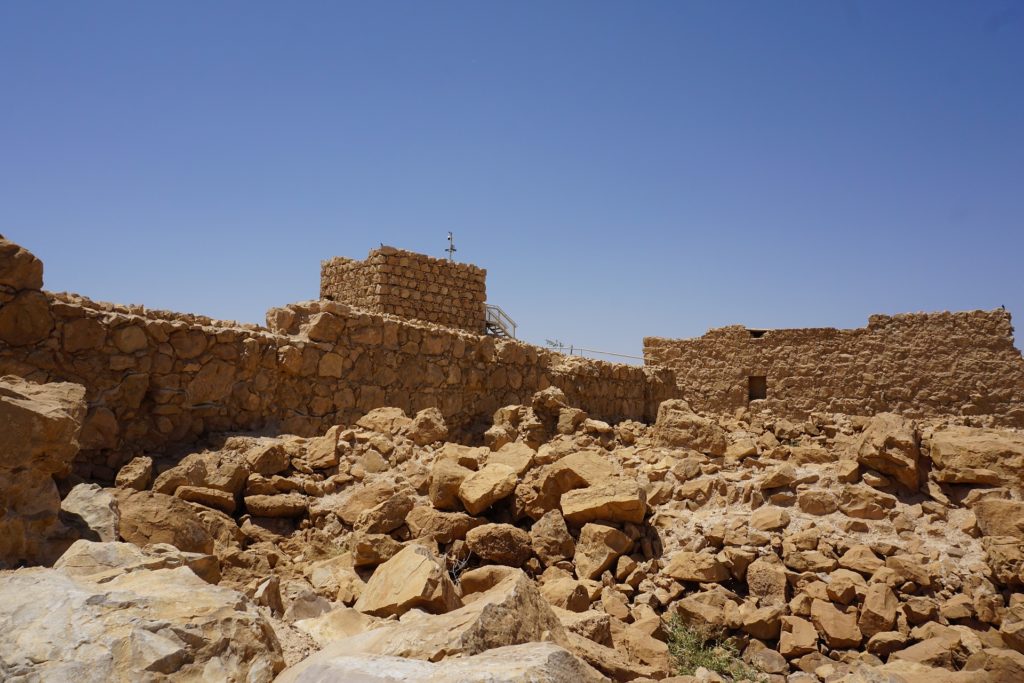 During an ancient war a single event happened in history: the Masada siege. It happened during the first Jewish war when ancient Rome army destroyed Jerusalem Jews and disbanded that population until 70 years ago, when was established Israel land.

This fortress was built on a 400 mt high rock with walls over a mile ling and over 15 feet thick, strenghtened with 37 armored towers even 80 feet high. In the underground rooms were placed countless supplies and tons of weapons capable to equip an army of 10 thousands men.

The only way to enter this place was a very long and narrow path called “the snake’s path”. It was unviable by an entire army.

Eleazar Ben Yair, wonderful warrior and Sicarii leader, was convinced to withstand a siege for years thanks to his big supplies and with the possibility to strike Roman army from higher spots.

Roman army, led by Lucio Flavio Silva, knew this vantage. The Roman patrician became the leader of this army with the thankless task of defeating last rebel standing in this area. This seemed an impossible task.

Silva, however, thought in a different way: he decided that instead of starting a classic battle, a definitive loosing decision, it will be a winning decision to build a wall to close any way out. Then, he ordered to build an embankment on the opposite side of the fortress, and this embankment must be so stable to stand the entire army on it. He built an entire road that started on the plain side below the fortress and came directly on the rear part of Masada.

This work was so impressive that it is still working today, my advice is to make an easy online research to see pictures of this impressive road and his 430 foot drop!

The Romans did it. When the Sicarii realized that the road would have brought Roman army and breackthrough rams behind fortress walls, they understood that it was no hope anymore.

They understood that if the Romans destroyed fortress walls (and they no longer avoid it) it will be a terrible defeat. They took a unique decision in history: they all committed suicide before Roman attack started. The rebels gathered in the temple, men killed their sons and wives, then they killed themselves. The chronicles talk about 960 deaths among men, women and children.

When Roman army entered the temple, they were amazed to found no resistance, and they considered it a so noble act that no Roman soldier cheered for victory.

It seemed that only two women and five children hidden in underground tunnels survived in Masada. The Romans did not even touch these people, due tu admiration for such extreme act.

masada fortress masada siege rebels romans sicarii zealots
« Previous Post The mystery of the death of Edgar Allan Poe Next Post » Why do we need to know how users behave on social media?