On 27 April 1865 the worst maritime disaster of the United States of America took place and almost nobody remembers it. Contrary to the Titanic or the attack on Pearl Harbor on which they have shot dozens of films and documentaries and an infinity of writings, almost nothing exists of the Sultana steamboat.

I – remeber I am Italian – came across by chance in the name of this ship and had difficulty finding information on this tragedy. I want to remember it here.

The Sultana was a steamboat that traveled the Mississippi River overflowing with soldiers. You see it in the picture above, taken just a few hours before the explosion. It was the time of the Civil War to the last lines. They were all Northern prisoners who were returning home due to a handsomely paid agreement by the government to the company that owns the steamboat.

It was a ship with very serious problems with the steam boiler that were repaired badly and in a hurry to avoid losing the government’s money.

Obviously they put on that boat all the soldiers who could physically stay there (even standing), in a way that closely resembles what I see here in Italy done by traffickers of human beings in the Mediterranean Sea.

When it was about 8 miles north of Memphis, one of the boilers exploded destroying an entire portion of the ship. The lightning was so strong that witnesses reported seeing the glow even from Memphis. The survivors of this explosion had the horrible choice between dying of asphyxiation due to smoking, or dying burned or still seeking salvation by throwing themselves into the impetuous waters of the river. Bad luck wants the Mississippi to be in one of the worst filled in its history and it was very cold.

So many died that no one ever succeeded in certifying the exact number. Perhaps also because nobody took the trouble to count the soldiers. There is talk of a deceased figure between 1800 and 2400.

But it was not a real news for the media of the time, all too busy following the latest developments in the war and especially the assassination of President Lincoln. 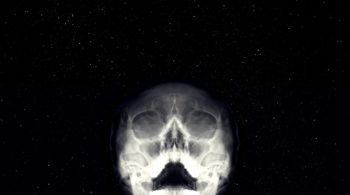